Paris has its bright lights and Venice its canals but there’s nothing like desert sands to stir the imagination and the senses. Jordan has a backdrop that looks like it’s been ripped from the pages of a romance novel, and this gem of the Middle East has been seducing travellers for centuries, and at a first glance might feel like an unlikely honeymoon destination. But read on and let those preconceived notions melt away, especially if you and your other half are looking for a path less traveled. After all, where else you can find a world wonder, starry desert landscapes, pristine beaches, and top-notch cuisine all within the same border? Jordan is a land of adventure, inspiring vistas at every turn and unlike some honeymoon destinations, won’t feel overrun with other honeymooners. To help with your travel plans, we have created the essential itinerary for a honeymoon in Jordan.

Jordan’s capital of Amman is a good spot to get your bearings and brush up on your history. The hillside Citadel is the main draw with relics dating back to 4,500 BC scattered about like discarded decorations. The site has only been open to the public since the mid-90s and highlights include the Temple of Hercules and the Umayyad Palace.

Even if history isn’t your thing it’s worth the trek for the view of the city laid out at your feet. Stroll back through the downtown streets, pose for a selfie on Rainbow Street and treat yourself to something from Amman’s gold souks – you’re on honeymoon after all! You get much more bang for your buck with hotels in Jordan making five-star luxury much more achievable than other destinations. When you’re done exploring, rest up at the Grand Hyatt, Saint Regis, or the W Amman for some high flying living. 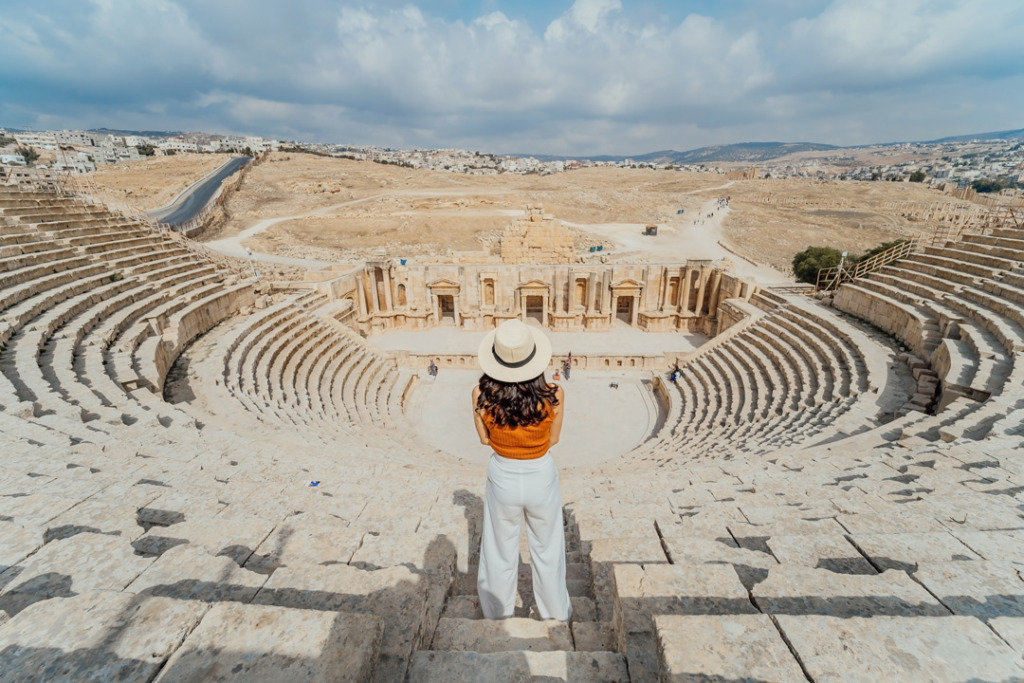 Ask locals and they’ll tell you that Amman is also the capital of Jordan’s food scene but you certainly have the most choice here. Sufra, a converted former family home with oodles of charm, is the local hot ticket and worth a punt for the location alone. Thankfully the food also lives up to the hype with a mix of Mezze dishes that go well beyond humble hummus (which will probably the best you’ve had!).

A stone’s throw away is another ancient city, this time a Roman one that pulls in the crowds as the country’s second most visited attraction after Petra. History comes alive at Jerash where every corner is a photo op. It’s known for the ruins of a walled Greco-Roman settlement, including the second-century Hadrian’s Arch, the Corinthian columns of the Temple of Artemis and the huge Forum’s oval colonnade. You’ll want to hire a guide to make the most of your day out. 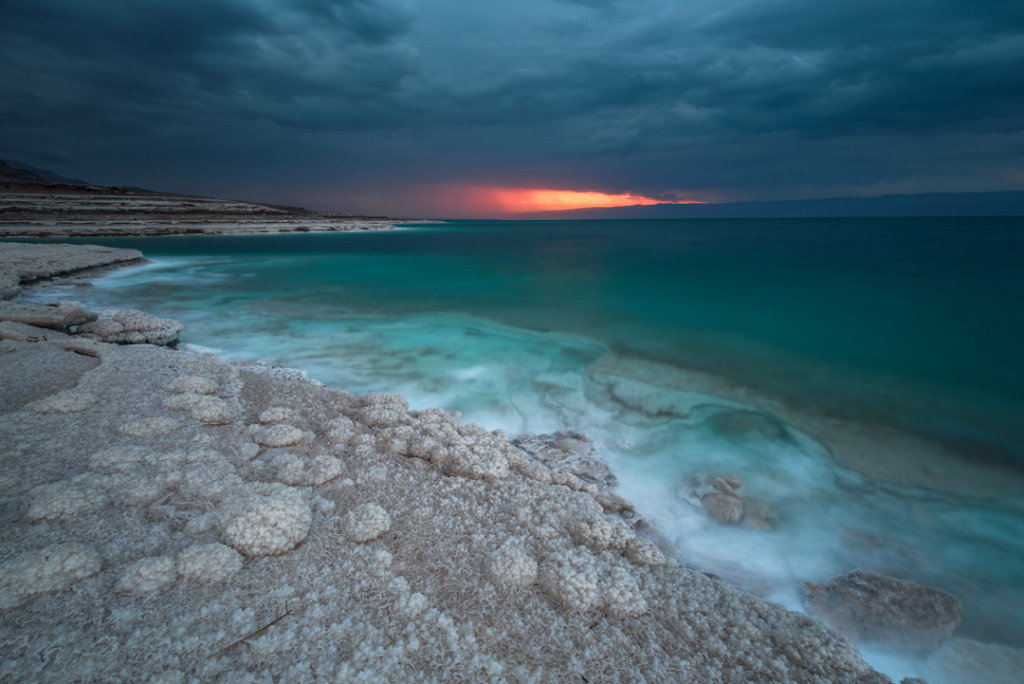 A dip in the Dead Sea is just the thing to bring you back to life after all of that sightseeing, especially if you’re still recovering from wedding planning. Find restoration here as you float at one of the world’s saltiest bodies of water, which also happens to be the lowest point on Earth. Dead Sea etiquette dictates that you faff about in the unsinkable salt waters before slathering yourself in the skin-saving mud and baking for 10 minutes. You’ll want to spend several nights here so adjust your itinerary accordingly. The Ishtar Kempinksi Hotel is one of several glitzy stays in the area that has several pools and its own private beach. 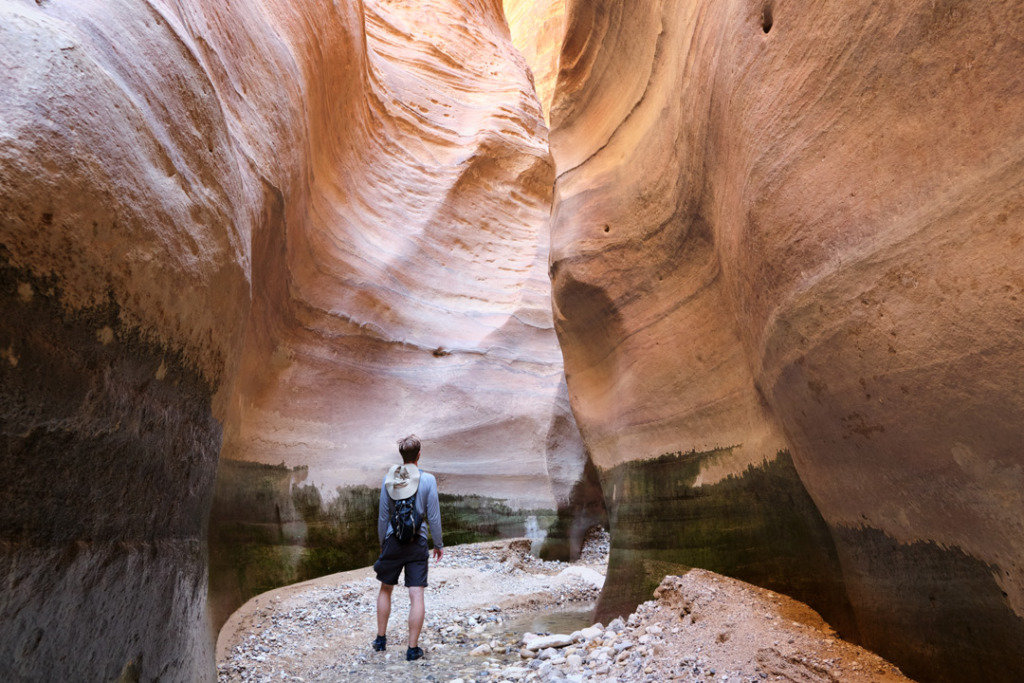 If you’re a couple that loves the outdoors at home, then you can get back to nature together at the Dana Biosphere Reserve. Most visitors pull in here for a sunset photoshoot opportunity, but there are plenty of trails to explore, bird watching or you could just enjoy the peace and quiet together. The RSCN-run Dana Guesthouse offers basic accommodation, but is the handiest place to lay your head. Book well in advance. 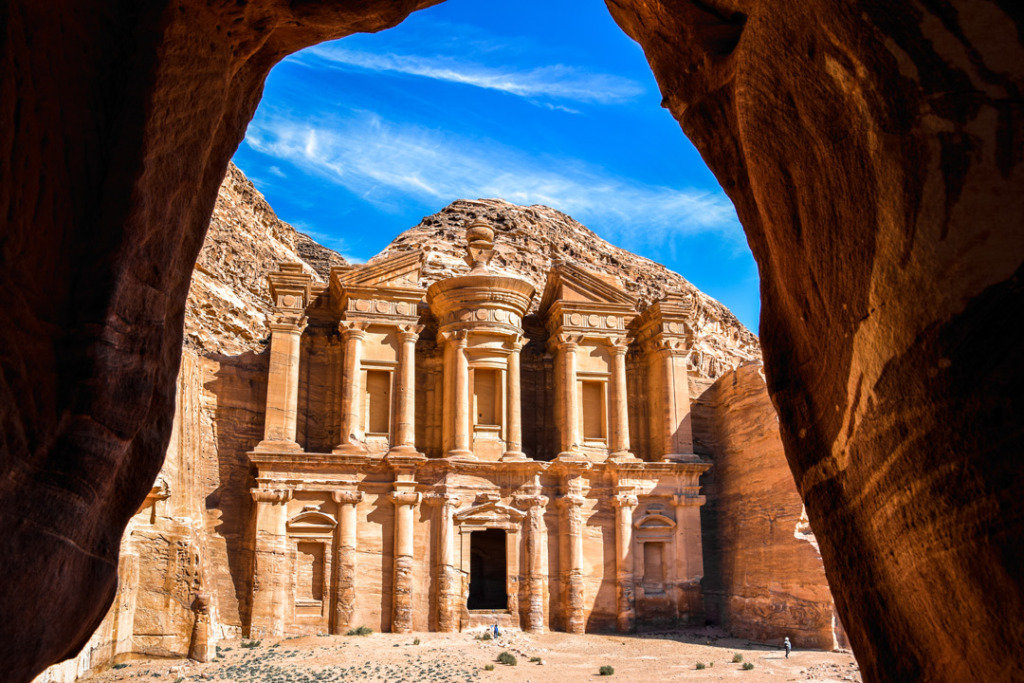 Jordan’s heavy hitter is every bit as impressive as you’d expect and then some. The famed Treasury Building which featured in the Indiana Jones franchise, and millions of selfies ever since, is the main attraction but is actually part of a much wider complex that makes up the world wonder, and spoiler alert, it has more ancient tombs than Egypt’s Valley of the Kings . According to guides, it takes three full days to explore the entire site but you can hit up the main highlights in a day if needs be. 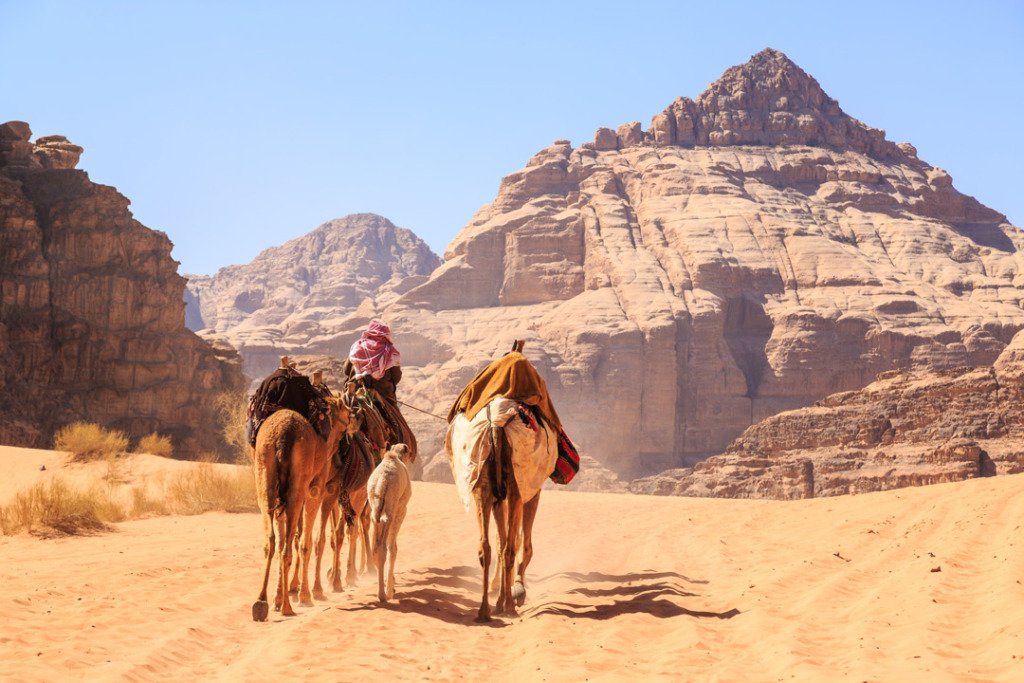 Decades before Indiana Jones was on his Last Crusade, Wadi Rum Desert put Jordan’s tourist industry on the map with a starring role in Lawrence of Arabia and hasn’t stopped since. Jordan’s hardest-working filming location has served as the backdrop to The English Patient, Transformers, Star Wars and The Martian among others. It’s easy to see why filmmakers are so attracted to the place, the desert is made up of a pink-rose sand that is effortlessly romantic, especially at sundown.

A jeep safari tour is the easiest option for exploring the main sights including the Khazali Canyon and its ancient petroglyphs, and the little bridge lookout point. For a wholly authentic experience, don’t leave without taking at least one camel ride. Other activities include star gazing tours and yoga retreats. There are numerous Bedouin-style camps to pitch up for the night ranging from luxury lodges to eco-friendly pods. Some like the Saraya Rum Camp which caters to groups using the traditional Zarb cooking technique where your meal is cooked underground. 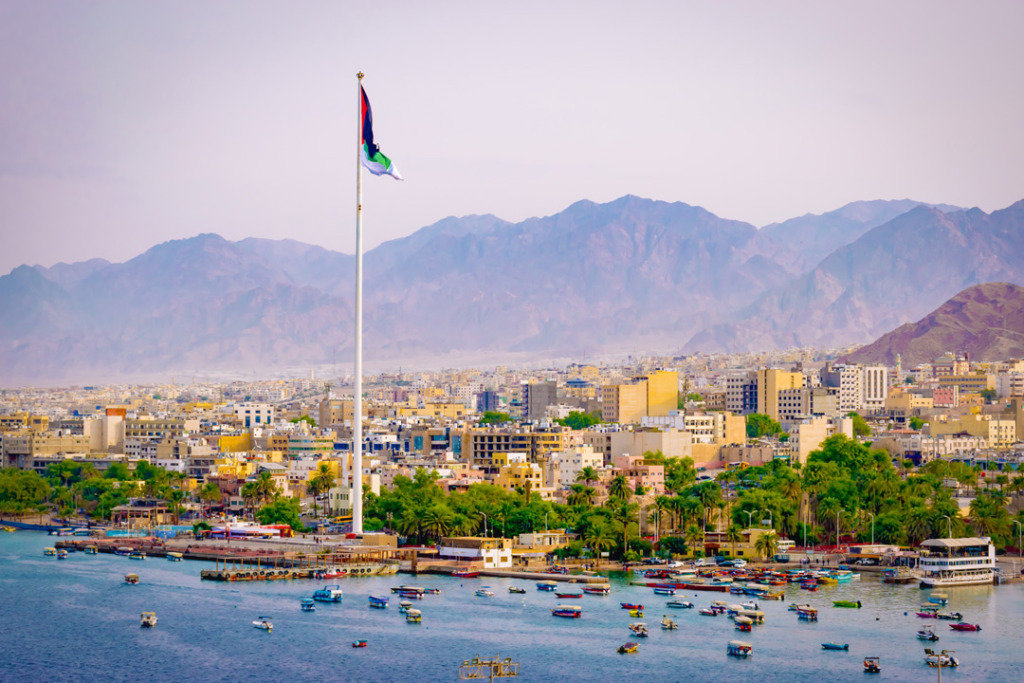 The glitzy billionaires’ playground of Aqaba on the Red Sea is a world away from the peace and quiet of the desert. Expect to see a super yacht or two parked in the bay as you watch the world go by from your sun lounger. If lounging about on pristine beaches isn’t your thing there’s also plenty to see and do. The area is a heaven for divers thanks to an abundance of coral reefs, and there are plenty of other water sports on offer. Aqaba is also home to an archeological museum and bird sanctuary and the shopping’s not half bad either. Golf hounds will want to get in a round or two at the Greg Norman-designed, state-of-the-art Ayla Golf Club. 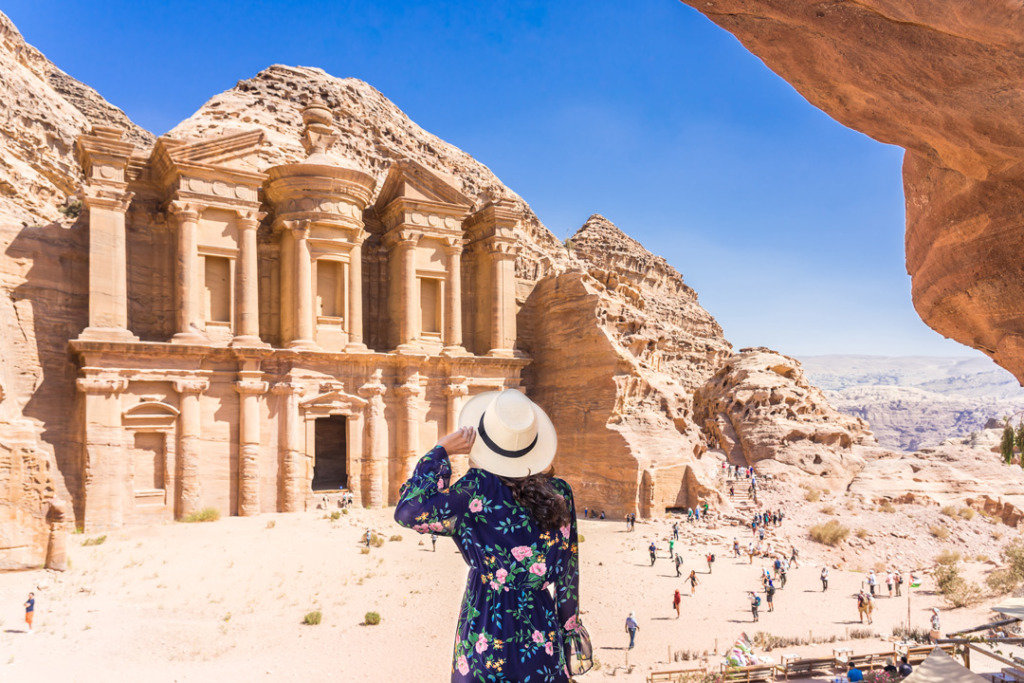 The ideal time to honeymoon in Jordan is during the spring and autumn months when temperatures remain at a comfortable level for exploring. Bordering with Israel, Saudi Arabia, Iraq and Syria, there are two main ports of entry for Jordan, through the capital city of Amman and via the coastal city of Aqaba down south. If you plan on covering as much ground as possible then split the difference and fly in and out of both. The easiest travel route is through Istanbul airport which is the largest in the world.

Round trip economy class tickets with Turkish Airlines from Dublin to Amman and returning from Aqaba start from €528 while return business class tickets for the same route start from €1369 (both including taxes at time of publishing). Irish travelers need a visa to enter Jordan, but this can be arranged at the airport. 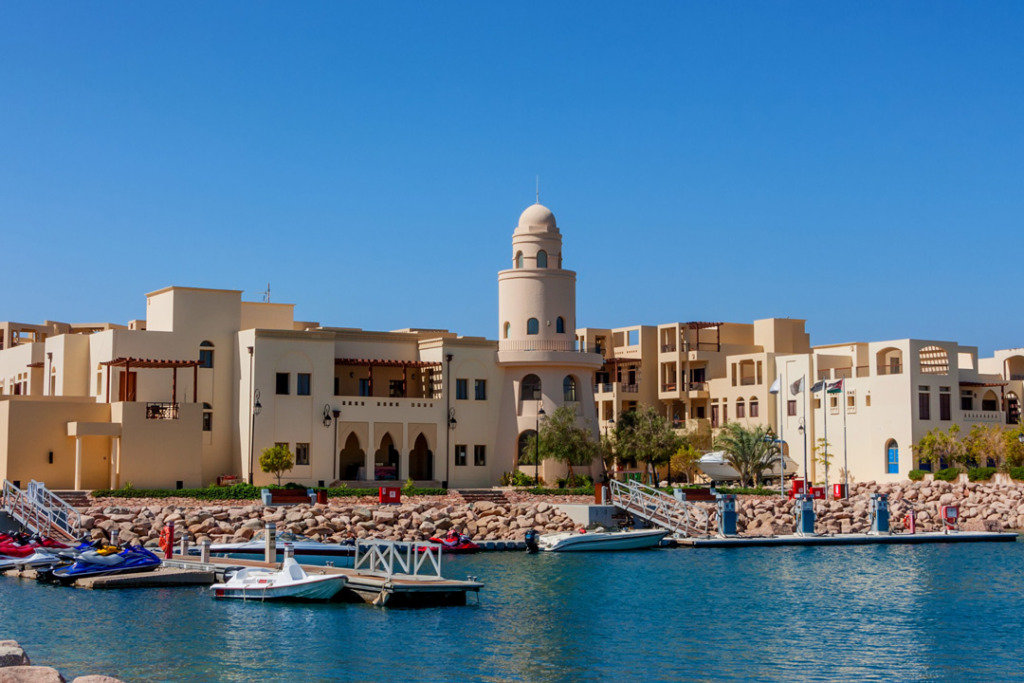 It’s possible to honeymoon in Jordan as a self-guided holiday but a tour will help to take the hassle out of planning your rout, especially if you are tight on time. One Fab Day was a guest of Nebo Tours which offers a variety of group and bespoke private tours of varying lengths of stay.

Looking for more honeymoon destination destination? Read our Where to Go When: Month by Month Honeymoon Calendar or check out the Hottest Honeymoon Destinations And Resorts for 2022/23

No comments to show.